What is CRS?
As the process of economic globalization continues to accelerate, taxpayers hold and manage assets through overseas financial institutions, and hide the proceeds from overseas financial accounts to avoid taxation obligations of resident countries. Countries are further strengthening international tax information exchange. The willingness to safeguard the countryâ€™s tax rights and interests is becoming more urgent.
In September 2014, China promised to implement the automatic exchange of tax-related information for financial accounts developed by the G20 Entrusted Organization for Economic Co-operation and Development (OECD) at the G20 level, and CRS is one of the components. Improve tax transparency by strengthening global tax cooperation and combat the use of overseas accounts to evade taxation. CRS is also known as the global version of FATCA (the US Overseas Account Tax Compliance Act).
According to the timetable, domestic financial institutions will perform due diligence procedures in accordance with CRS from January 1, 2017, identify non-resident individuals and corporate accounts opened in this institution, collect and report relevant information of accounts, and the SAT periodically Exchanges are conducted by other national (regional) tax authorities. The first information exchange will take place in September 2018.
According to the information of the State Administration of Taxation, the CRS information exchange operation mechanism is as follows: First, a country (region) financial institution passes the due diligence procedure to identify the account of another country (region) tax resident individual and enterprise opened by the institution. Submit the name of the above account, taxpayer identification number, address, account number, balance, interest, dividends, and income from the sale of financial assets to the competent authority of the country (region) where the financial institution is located, and then the tax authority of the country (region) The authorities exchange information with the tax authorities of the resident countries of the account holders, and finally realize the effective supervision of cross-border tax sources by countries (regions).
According to the above â€œDraft for Commentâ€, financial institutions established in China, including deposit institutions, custodian institutions, investment institutions and specific insurance institutions, are required to conduct financial account due diligence, identify non-resident accounts and collect account-related information.
What needs to be explained here is that the so-called non-residents in the "Draft for Comment" refer to individuals, enterprises and other organizations other than Chinese tax residents, but do not include government agencies, international organizations, central banks, financial institutions or listed and traded on the stock market. Company, etc. According to Wang Bin, a senior lawyer of Zhong Lun Law Firm, in terms of individual residents, there are generally two categories: one is Chinese citizens and foreign nationals who have a residence in China, but does not include China. A natural person who has no nationality but has settled in mainland China; the other is a foreigner who lives in China and who has not left the country for more than 30 days in a tax year, or who has not departed for more than 90 days. Expatriates and compatriots from Hong Kong, Macao and Taiwan.
The timetable set by the State Administration of Taxation in the "Draft for Comment" is as follows: starting from January 1, 2017, conducting due diligence on newly opened personal and institutional accounts; before December 31, 2017, completing the high-net-worth account for stocks (As of December 31, 2016, the total balance of the financial account exceeds 6 million yuan) due diligence; before December 31, 2018, completed the due diligence of the inventory of personal low-net accounts and all stock institutions accounts.
"Although the "Draft for Comment" stated that it will be implemented from January 1 this year, due to the internal coordination of various departments, the official documents have not yet been released, and it is expected to be officially announced before and after the Spring Festival. This draft is already the fourth edition. The draft of the consultation, I believe that there will not be much discrepancies with the official documents. However, the State Administration of Taxation will also need to consider how to deal with the interface between January 1 and the official implementation date of the document.â€ PricewaterhouseCoopers China Tax Partner Fuç‘¾ said to the First Financial News, â€œBut in any case, Chinaâ€™s CRS has entered the stage of substantive operations.â€

"Offshore tax avoidance account" has nothing to do
Due to many reasons, such as the legal environment and foreign exchange control, it is not common for foreign companies or individuals to use offshore accounts in China to evade taxes. However, the significance of China's participation in CRS lies not only in the promotion of international taxation and financial status, but also in combating the use of overseas accounts to conceal assets or even launder money.
It is understood that 101 countries (regions) have joined the CRS framework for the exchange of financial account information, which is considered to be a â€œtax havenâ€ in Bermuda, the British Virgin Islands, the Cayman Islands, Switzerland and other countries or regions. Itâ€™s awesome.
This means that when China sends out relevant information about non-resident accounts, these â€œtax havensâ€ also need to exchange account information of Chinese taxpayers who open accounts with them to our tax authorities. Therefore, CRS will use this to make the opening of offshore accounts in â€œtax havensâ€ to avoid taxation.
"In theory, CRS does not change China's existing territorial tax rules and taxes, but only increases the transparency of tax information. It is a means of strengthening cross-border tax source management between countries (regions). Therefore, it has no effect on individuals and enterprises that have been paying taxes according to law. However, those individuals and enterprises that want to evade taxes through overseas accounts will be hit." Fu Wei said.
Some insiders said that for a long time, China's anti-tax avoidance legislation and practice have been directed at residents' enterprises, and they have hardly touched individual residents, which has caused great troubles in anti-tax avoidance practice. As Chinese residents open overseas accounts and even have multinational accounts, the problem of cross-border tax avoidance has become increasingly prominent.
However, the overseas information of the Chinese tax authorities is relatively scarce, and it is difficult to effectively supervise and levy the global income of residents. Entering the CRS will enable the tax authorities to keep a low-cost view of the financial accounts of taxpayers abroad.
The State Administration of Taxation said that for taxpayers who deliberately conceal their income and evade their tax obligations, the taxation department of China can verify the real income of taxpayers based on the tax information of financial accounts provided by other countries (regions), and supplement the income of taxpayers who fail to declare taxes according to regulations. Taxes are imposed and penalties are imposed.
â€œIn the past, the so-called tax avoidance method adopted by the wealthy people in China was to transfer assets overseas, thinking that this is safe. Now with the implementation of CRS, this road may be blocked.â€ Fu Wei said.
In fact, in addition to the CRS within the OECD, the US FATCA came into effect as early as July 1, 2014. Under the influence of these bills, more and more hidden channels of wealth and tax evasion are gradually losing their effectiveness. When China exchanges information in September 2018, "naked swimmers" will be exposed.
However, Fu Wei said that not every country or region collects and exchanges information including the main elements such as name, account number, address, balance, interest, etc. Some of them may not contain information such as balances and interest, only names, addresses, etc. Basic Information. However, if a bilateral tax agreement is signed with China, it may still be possible to provide the specific information required based on the information exchange terms under the agreement. According to the information of the State Administration of Taxation, China has signed multilateral and bilateral tax treaties (arrangements) with 104 countries and regions.
PwC also said that how to use the limited information exchanged by CRS to combat tax evasion needs to be explored. From the implementation to the real role of CRS, it will take some time. However, it is believed that the capabilities and means of the tax authorities will be greatly enhanced in the future, and the risk of evading taxes through overseas accounts will be greatly enhanced. Therefore, taxpayers need to pay more attention to global tax compliance management.

2. Easy Operation: one man can operate it once switch on the power.

for GF20 CNC and GF25CNC model, just need to press the button on operation panel 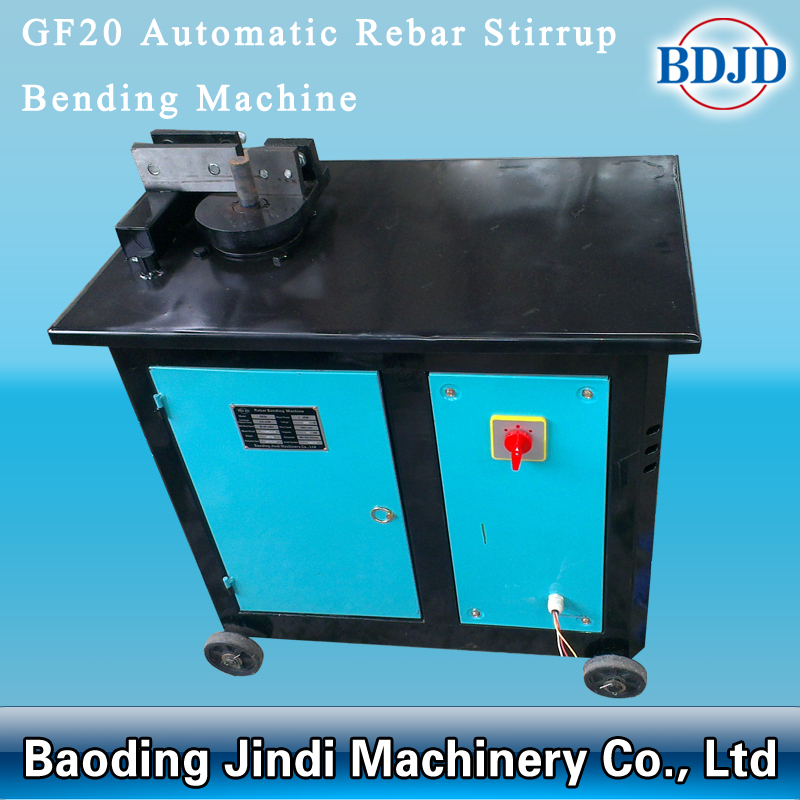