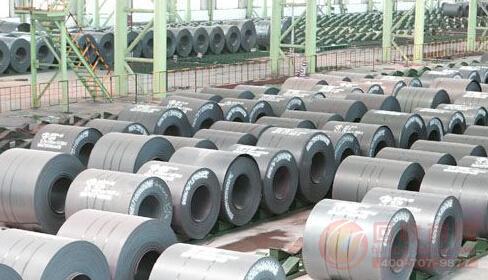 Cold rolling: hot-rolled steel coil is used as raw material, and the scale is removed by pickling, followed by cold continuous rolling. The finished product is rolled hard roll. The cold work hardening caused by continuous cold deformation makes the hardness and hardness of the rolled hard roll rise and tough. The plastic index is reduced, so the stamping performance will deteriorate and can only be used for parts that are simply deformed. Rolled hard rolls can be used as raw materials for hot-dip galvanizing plants because the hot-dip galvanizing units are provided with an annealing line. The rolling hard roll weight is generally 20-40 tons, and the steel coil is continuously rolled on the hot rolled pickling roll at normal temperature. The inner diameter is 610mm.

Product features: Because it has not been annealed, its hardness is very high (HRB is greater than 90), and the machining performance is extremely poor. Only a simple directional bending process of less than 90 degrees (perpendicular to the winding direction) can be performed.

To put it simply, cold rolling is processed and rolled on the basis of hot rolled coils, generally in the hot rolling--- pickling---cold rolling process.

Cold rolling is processed from hot-rolled sheets at room temperature, although the steel sheet is heated during the processing because of rolling, although it is called cold rolling. Due to the cold rolling of hot rolling through continuous cold deformation, the mechanical properties are relatively poor and the hardness is too high. It must be annealed to restore its mechanical properties. Rolled hard rolls are generally used for products that do not require bending or stretching. The thickness of 1.0 or less is hard and good for both sides or four sides.

Advantages: It can destroy the cast structure of the ingot, refine the grain of the steel, and eliminate the defects of the microstructure, so that the steel structure is compacted and the mechanical properties are improved. This improvement is mainly reflected in the rolling direction, so that the steel is no longer an isotropic body to some extent; bubbles, cracks and looseness formed during casting can also be welded under high temperature and pressure.

Disadvantages: 1. After hot rolling, non-metallic inclusions (mainly sulfides and oxides, as well as silicates) inside the steel are pressed into thin sheets, and delamination (sandwich) occurs. The delamination greatly deteriorates the tensile properties of the steel in the thickness direction, and it is possible that interlaminar tearing occurs when the weld is shrunk. The local strain induced by weld shrinkage often reaches several times the yield point strain, which is much larger than the strain caused by the load; 2. The residual stress caused by uneven cooling. The residual stress is the internal self-phase equilibrium stress without external force. The hot-rolled steel of various sections has such residual stress. The larger the section size of the general section steel, the larger the residual stress. Although the residual stress is self-phase-balanced, it still has some influence on the performance of steel members under external force. Such as deformation, stability, fatigue and other aspects may have adverse effects. 3. Hot rolled steel products are not well controlled for thickness and side width. We are familiar with thermal expansion and contraction. Because of the hot rolling at the beginning, even if the length and thickness are up to standard, there will be a certain negative difference after cooling. The wider the width of the negative difference, the thicker the thickness is. Therefore, for large steel, the side width, thickness, length, angle, and edge of the steel cannot be too precise.