The shape of most wireless devices depends on the shape of their battery. Because the battery is a relatively heavy but important component, it cannot be adjusted or disposed directly when assembled. Therefore, when a product developer designs a new device, it is always limited by the size, shape, and flexibility of the battery.

But at the CES conference in Las Vegas this year, Panasonic showed off a new type of lithium battery that may change this. It uses extremely thin silver wafers and can maintain 80% of its storage capacity after being bent or twisted 1000 times. Panasonic demonstrated three versions of the new battery at the CES conference. Each one is a bit smaller than a credit card and can be folded into a can. 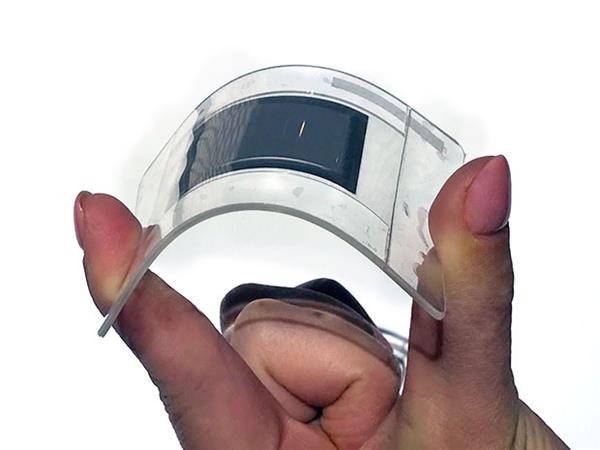 This project has been operating since 2008. However, Panasonic released its exports only in September this year. Yoriko Yagi, assistant director of Panasonic's wearable energy division, announced that the battery is currently ready for volume production and she expects to begin volume production from April 2018 to March 2019.

Yagi said: â€œThe number of our small devices is increasing, such as some wearable devices and some Internet of things devices, the design of these products depends on the size of the battery. If we want to miniaturize the device, then a smaller battery is necessary of."

This means that the best application scenario for this new type of battery is a wearable card-type device and an IoT application device. Panasonic began offering samples for potential users from October this year, but the company has not yet priced this battery.

This flexible battery can be extended in the future to some of the more portable small devices such as smart phones. Yagi said: "Basically Matsushita can complete these designs, but our goal is not there." This reminds us of some high-capacity lithium battery explosions on smartphones (RIPfor Samsung Note7). Security issues have now led Panasonic to focus on wearable and IoT devices that only require low battery power.

There are many other companies and researchers who are developing flexible lithium batteries, but Yagi pointed out Panasonic's battery has the best performance and the best test record.

To develop this flexible battery, Panasonic rethought the basic elements in battery design. The lithium battery anode is lithium oxide and the cathode is graphite. The two layers are separated by a liquid or colloidal ionic electrolyte. When the battery is charged, lithium ions are stored at the cathode through the electrolyte. When the battery provides power, the ions return to the anode. Most of the time, each reacting structure in the lithium battery is cylindrical, and the two layers of the anode and the cathode are mutually wrapped. If this structure is bent or folded, the outermost layer will get farther and farther away from the innermost layer, eventually making the positive and negative electrodes unable to associate, and the battery capacity will gradually dissipate.

In order to obtain a flexible battery, Panasonic researchers decided to abandon the design of the cylindrical structure, instead of allowing positive and negative poles to wrap each other, but directly stacked electrodes on a thin rectangular wafer. Then, the battery was wrapped in a special ductile aluminium housing.

Another great challenge is how to charge the battery. The battery must be able to charge wirelessly, because Panasonic does not want to reserve space for the charging part (such as a USB jack) in the thin and light design of the battery. Unfortunately, the power of most wireless charging devices on the market is too large for small devices. Panasonic's flexible battery can only withstand 60 mA of charging current.

Finally, Panasonic designed its own wireless charging station, which will be bundled with the battery during sales. Yagi said that when applied to relatively simple devices such as fitness pedometers, this battery can be used for 4 weeks on a single charge. Yagi said that based on the mass production of CG-064065 and related equipment, Panasonic is exploring more possibilities: "We think there is still a lot of potential for this type of flexible battery."

stevia prodicts can be used on table for food,baverage ,or something else