First, the export price of our products is low. We consume a lot of resources, energy, pollute the environment, and invest a lot of manpower, but in exchange for low product prices and low profits. In 2010, the average price of single-piece exports was 34.62 cents, while the price of imported daily-use porcelain was as high as 4.90 US dollars. We are only 1/10 of the import price. There are many reasons for the low price of the products: the lack of well-known brand enterprises, the lack of innovative design, the poor quality level, the brand awareness and poor reputation.

Second, China's daily-use ceramic industry generally has low production efficiency, poor product quality, high cost, high energy consumption and poor overall efficiency. This has a lot to do with many of the key technical issues in the industry. Specifically in:

1. The development of process technology equipment in the production process is not balanced. The two ends are more advanced, and the middle is weak, that is, the raw material processing process and the firing process have higher technical and equipment levels, but the intermediate blank forming process is backward due to equipment, the degree of automation and the supporting level are low, and some are manual operations, resulting in labor production. low efficiency.

2. The quality of the molds matched with the molding process is poor. Gypsum molds have been used for a long time in the production of ceramics for daily use.

From the domestic and international ceramic industry technology development trend analysis, China's daily-use ceramic industry must develop in the following three directions, one is to improve production efficiency; the second is energy-saving and environmental protection; the third is to improve product quality. The key to achieving the above objectives is to introduce high-efficiency energy-saving molds and kiln furniture into production and use by introducing advanced technology and equipment from developed countries in the world, or by digesting and re-innovating, and developing and applying high-efficiency molding technology and equipment. This is a key issue in improving the overall technical level of the daily-use ceramics industry. 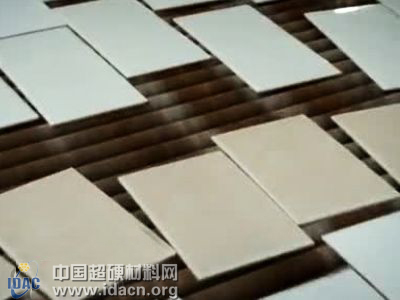 In the past year, the ceramic industry has experienced vicissitudes. Not only suffers from the "encirclement and suppression" of the international market, but also bears tremendous pressure from the domestic leader in energy conservation and emission reduction. In 2013, big brand companies have begun to prepare for transformation and upgrading, and SMEs may have to be shuffled in the big waves.

On February 17, 2012, the EU initiated anti-dumping investigations on Chinese household ceramics, and at the end of the year made preliminary anti-dumping rulings against more than 2,000 domestic ceramic enterprises, levying a temporary tax rate of 17.6% to 58.8% for a period of six months. On May 15, 2012, the EU will vote on the import tariffs on Chinese ceramics. The final approval will be valid for up to five years.

In addition to anti-dumping duties, the international market is increasingly proposing various technical standards, and even commercial social responsibility standards such as BSCI, which further increases the testing and certification costs of exporting enterprises. With the implementation of the provisional anti-dumping tax, some merchants have said: "From November to the present, orders from Europe have been very few. There are indeed some small factories in this year. The life of the small factories is not good. After the official implementation of the anti-dumping tax rate, it may be eliminated. Part of the production capacity." The reporter learned from a number of leading ceramic enterprises and Foshan ceramics market survey, some ceramic enterprises inventory is expected to be at least 5 months to digest. Lan Weibing, director of the Foshan Office of the China Ceramic Industry Association, told reporters that the Foshan ceramics industry was indeed difficult last year and sales showed negative growth.

However, because China is a big exporter of daily-use ceramics, it can't be replaced in the short term, no matter the quantity or the rational indicators needed for production. So before October last year, some European importers foresaw the change of tax rate. Accelerate the purchase of orders, resulting in a significant increase in the daily use of ceramic products that have entered the European market. If the anti-dumping duties on Chinese daily-use ceramics are actually implemented after the expiration of the trial six months, it is beneficial, especially for the large-scale Chinese ceramics merchants, and the final cost will be partially passed on to the importers. If the importer is not willing to bear the increased costs, it may turn to underground orders such as Bangladesh, Thailand, Vietnam, etc. After the importer has turned around, most of the orders will still fall in China.

With the tightening of the international situation, the high-pressure policy of domestic energy conservation and emission reduction should not be neglected. On January 26, the executive vice president and secretary-general of China Building Sanitary Ceramics Association, Yan Bin, revealed in the investigation of China's sanitary ceramics Chaozhou production area that it is planned to test PM2.5 of industrial enterprises during the â€œ13th Five-Year Planâ€ period. Enterprises that do not meet the relevant environmental standards will be shut down. The ceramic sanitary ware industry is still the first to be the target of governance as the "leader".

The â€œTwelfth Five-Year Development Plan for Building Sanitary Ceramics Industryâ€ proposes that by 2015, the comprehensive utilization of building sanitary ceramics industry and energy conservation and emission reduction will make significant progress, and the energy consumption per unit of industrial added value of the whole industry will be reduced by 20%. The utilization rate of solid waste generated by the production process reaches 70%. The total industrial value-added energy consumption and carbon dioxide emissions, as well as the total emissions of major pollutants such as nitrogen oxides and sulfur dioxide, are further reduced. The environmental protection problems and energy saving and emission reduction pressures of the Taowei industry can be imagined. As a high energy consumption and high pollution industry that has been recognized by the government and the national environmental protection department, the ceramic industry will inevitably feel stronger again under such a policy direction. Environmental policy pressure.

From the enterprises in Foshan, Guangdong Province, to various provinces and cities to issue a number of binding and restrictive energy-saving emission reduction policies, such as Guangdong Foshan and other regions have formulated specific emission standards, Shandong Zibo City Government has introduced the elimination of backward production capacity. And rectify measures to control the environment. When Lin Yuanhe, the former party secretary of Foshan City, was in charge of Foshan, Foshan closed more than 200 ceramics enterprises and transferred more than 40 ceramic enterprises. A similar situation also occurred in Zibo, Shandong. "If strictly in accordance with the relevant requirements of environmental protection, most of the manufacturers in the ceramic industry have to close, and there is a possibility that they can continue to produce a lot of slaps." A senior leader of the relevant national association said privately.

According to industry insiders, in the developed ceramics industry in Italy, Spain, ceramics and other industries are balanced and harmonious, and the ceramic industry can also be green. Ye Xiangyang, president of China Building Sanitary Ceramics Industry Association, believes that efforts should be made to achieve â€œfour transformationsâ€: one is from resource-dependent to resource-saving; the other is from environmental pollution to environmentally friendly; the third is from quantitative speed. Quality and efficiency and "six high (high product and service quality and cost performance, high-tech and cultural and artistic elements content, high added value and labor productivity, high intensification level, high information level, high international level) "Innovative, independent brand" type; the fourth is from large but not strong to strong and large.

Active pharmaceutical ingredients used for the production of various kinds of preparations, is an effective component of the preparation, which is prepared by chemical synthesis, plant extraction or biological technology for medicinal powder, crystallization, extract and other substances, but the patients can not be taken directly.

China is a major producer of Active pharmaceutical ingredients. In 2012, the output of API was 1 million 360 thousand tons, an increase of 9.05% over the same period last year, and output ranked first in the world. The benefit of scale benefit is due to the low cost and environmental pollution produced by China. At present, the cost advantage of industry development is not obvious when the price of our country is generally rising and the environmental management is constantly strengthened.